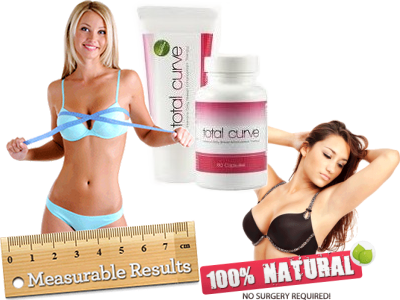 These are discouraging stats. They’re made more discouraging when you consider that breast cancer is often preventable. While some cases are hereditary, more often than not, lifestyle, diet, exercise and other factors play a role in determining a woman’s risk of developing breast cancer.

Total Curve believes that awareness of the issue is an important step in preventing breast cancer, while enhancing overall health in women. That’s why we’ve written this article. We think you’ll agree that knowledge is power, and with it comes the chance to save lives.

Breast cancer occurs most commonly in the breast’s milk ducts, or the lining that supplies the ducts with milk. Eighty per cent of breast cancers are discovered when the carrier discovers a lump on her breast. Timing is crucial to a positive outcome. The earlier it’s detected, the better the outlook for survival. Treatments for breast cancer include hormone therapy, chemotherapy, radiation and surgery.

Age is also a factor. Only five per cent of breast cancer patients are women under 40.

This makes it even more important to adopt healthy living habits when you’re young. The list of breast cancer-preventing habits is extensive.

You can start by eating mushrooms and drinking green tea. A recent study of over 2,000 women suggests that women who regularly ate mushrooms had a 50% lower rate of breast cancer. When combined with green tea, the risk was lowered by 90%.

In fact, make vegetables a staple of your diet, especially brassicas (broccoli, cauliflower, cabbage, kale and Brussels sprouts). Studies show that women who consume one and a half servings of brassica vegetables every day have a 42% reduced risk of developing breast cancer. Brassica vegetable consumption works inversely to breast cancer risk. The more brassicas consumed, the lower the risk.

Avoid obesity, especially after menopause. A recent study concluded that an added weight of 22 lbs after menopause increased breast cancer risk by 18%.

This is good news for women and another reason to let Total Curve 3-Step Breast Enhancement Therapy enhance your body with beautiful, natural and healthy breasts.